This week we are highlighting VOIR Gallery, a slice of early 20th century Birmingham, England, in which street gangs ruled the urban cobblestone landscape.

The aesthetic of VOIR Gallery is inspired by 1920s Birmingham to be specific, during the Second Industrial Revolution and increasing tension among the poverty-stricken working class. This environment brewed many legendary street gangs that roamed the town between the end of the 19th century to the beginning of the 20th.

In fact, these gangs left behind such impressive legacies that they have been depicted in numerous films and television shows. VOIR Gallery’s creator, Effy, designed the region as a virtual fan fiction of sorts. For those familiar with this genre, numerous details can be found that serve as an homage to notable characters.

Given the intricacy of the world within VOIR Gallery, role playing is not required but certainly encouraged. Effy’s boyfriend Frenchy, who runs the VOIR Gallery group, plays the character of Tommy Shelby. Details of his history have even been worked into the region, such as his Romani heritage, drug addiction, and horse race fixing.

VOIR Gallery is the perfect place for historical reenactments or the creation of fan fiction in the form of machinima, photographs, storyboarding, graphic novels, and more. Who will you be? What side of the law will you be on? Visit VOIR Gallery today to find out and let us know if you made your own fan art by submitting to our Flickr.

Please note that in order to access this adult-rated region, you must have payment on file. 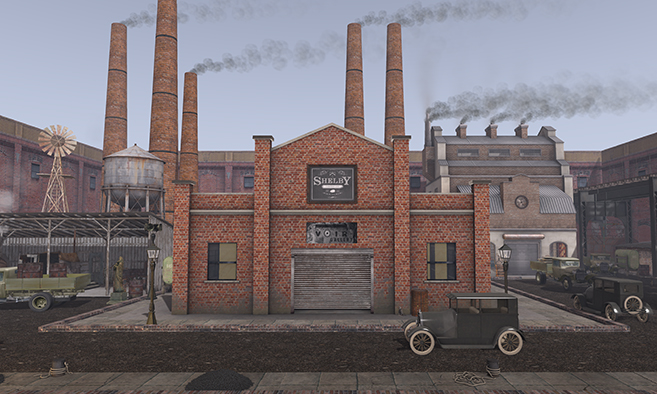 Welcome to VOIR Gallery located in 1920 Birmingham, England. The Birmingham Boys (also known as the Brummagem Boys) were a street gang whose power extended from the North of England to London's underworld, between the 1910s and 1930. They lost control of the South East racecourses to the Sabini gang. The group, which grew out of the harsh economic deprivations of working-class Britain, was composed largely of young men of lower to middle-classes.