"The Candinesa Resort is a tropical Balinese getaway destination, boasting white sands and blue waters along with a wide range of activities for your stay." Read more on the blog.

"Vacationing in Second Life has become extremely popular since most of us have been unable to vacation in our real lives due to covid! Recreating real life locations for you to visit solo or with your long distance loved ones. Join me at the Rizzi on Beach! as we explore the beauty of the destination has to offer." Watch the video on Youtube. "One of the areas that is was an absolute must to bring back to Deer River was this cabin and even more important the rocking chair on the porch.  These were both fixtures of the first iteration of Deer River and it was on that chair that I sat with Mr Smith for the first time." Read more on the blog. "I’ve been spending a lot of time set building over the last few days and felt like I needed a break from it. I’d downloaded the latest version of Firestorm and was delighted to see that it now incorporates the 360 photo feature introduced a few months back in the Linden viewer, plus I’d heard that Hera had revisited a past project, Goatswood. That sounded like an excursion to me." Read more on the blog.

"Today I am showing you Deer River which opens to the public on Saturday 17 April." Watch the video on YouTube.

"My first introduction to the work of Hera (zee9 – then known as Kora) came getting on for a decade ago, when I first visited Venexia and Goatswood, two separate builds developed for role-play. At the time, both were popular spots for visitors, with Goatswood possibly the more popular by virtue of its more general setting.  However, both departed Second Life in 2015 and while Venexia has reappeared from time to time since then, I think I’m right in saying Goatswood has largely been absent the grid. At least until now." Read more on the blog. "I saw a wonderful picture on Flickr by Yumix Writer that really caught my eye taken at the Cherry Blossom Festival, At the region, the view along the river covered with a canopy of Cherry Trees in full bloom is spectacular and it has the added attraction of rows of lanterns on both sides." Read more on Flickr. "The Grandviewe is a small hotel located off of Route 5 on Heterocera.  Outwardly it’s picturesque and it's worth coming to visit just to hang out by the infinity pool." Read more on the blog. "Night Daisy is best described as a couple’s destination and dining concept where you can choose to eat at one of five themed restaurants, ranging from Arabian Nights to Paris." Read more on the blog.

"Greetings family!🥰 In today's stream, we will explore and have fun driving boats and other things in Second Life." Watch the video on YouTube. "Vivendia is the latest build by Camilla Runo who built two incarnations of Varsargen and also Skullingtown for Halloween last year. Vivendia has a slightly more serious air to it, more like a peice of clasical art than the other locations Camilla has created. As I explored it felt like I was walking around inside an old painting. It’s setting is of an old Italian town near the sea with fantastic views inside and out." Read more on the blog.

"Chicago-inspired coffee shop in Bay City. Quirky, eclectic design with lots of art displays. A wonderful place to relax, get some work done and enjoy coffee." Watch the video on YouTube. "High up in the sky, above the clouds at Le Monde Perdu, a magical world unfolds before your eyes. Beautiful and magical picture perfect scenes, with fairies, unicorns, bunnies, flying elephants and more." Read more on Flickr. "There is a lot to see at the current incarnation of Bambi's Missing Melody; one of the highlights for me is a beautiful Wisteria Walkway" More info on Flickr. "Badu Egypt is the latest creation from AshaRia, who has a track record of running pop-up resorts and destinations that stay up for a few weeks, before being taken down again. Badu Egypt however is different in that Asha intends to keep it up for longer, turning it into a self service vacation rental place from April." Read more on the blog.

"Greetings, Family!🤩 In today's Livestream, we will chill and explore Italy and Elephant Island in Second Life." Watch the video on YouTube.

"Key West is a german-speaking roleplay sim and open for visitors who respect the need for undisturbed role-play, so pleas no OOC talk in the open chat. A contemporary summer outfit is recommended." Read more on the blog.

"Set on 2 sims this outstanding golf course is a MUST visit. Beautifully landscaped with meandering pathways through an 18 hole course. So much fun , either alone or with friends. A great way to unwind." Read more on the blog. "This is the recreation of a RL place, not Florence, Italy of course, but instead of the tidal salt marshes of Salin d’Aigues-Mortes in France. Despite being free, the hotel is better designed and kitted out than many paid for places I've seen, and the destination itself makes for an excellent date and / or photo spot." Read more on the blog. 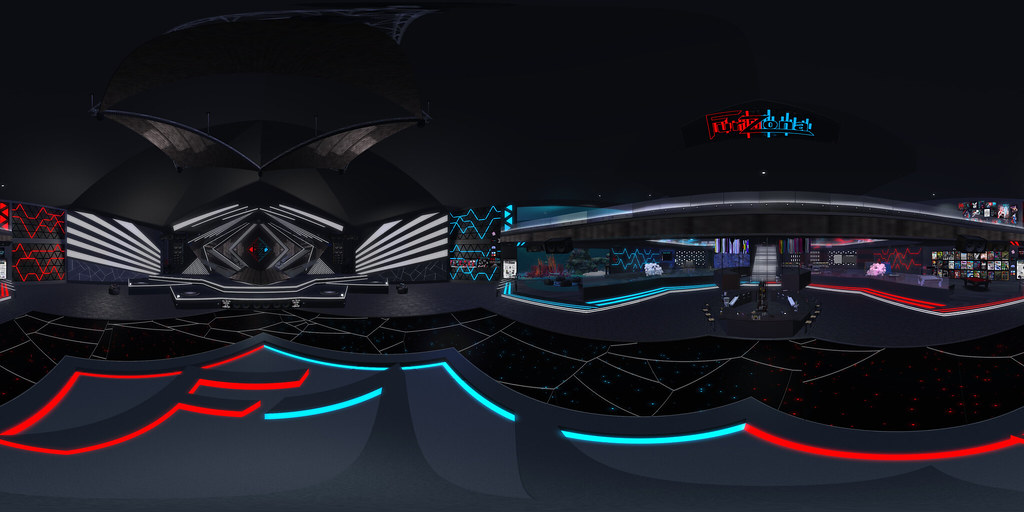 "While I was at Elephant Island taking pictures of wildlife, I notice sim owner Syx Toshi abseiling down a spectacular cliff" More info on Flickr. "As you might know, Midnight Rider is also known as Jane Foster.  Thor and Jane go here and there, visiting many sites on Second Life, and we'll still ride the tracks, of course, but many people ask me to write about their regions.  So, I  hope you like the first installment of Off Road." Read more on the blog.