"Planned city roleplay. Thats what Cedar Creek (and a few others) are all about. Unlike New Babbage, which we had a look at last month, Cedar Creek is a fully planned and laid out city, complete with streets, home for rent, and the basic infrastructure that a city needs." Read more on the blog.

Info on the blog. 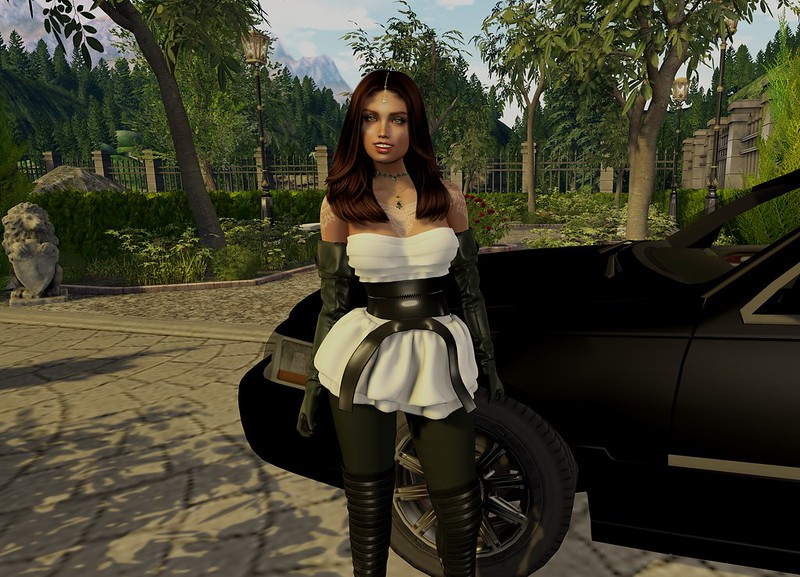 "The past few days have been a blur.  When I first got the call from a law firm that I may be heir to a large estate I thought they were crazy.  The things they were saying simply didn't register as being possible.  I have, or should I say had, an estranged Great Aunt, who met an untimely demise." Read more on the blog. "Last night I attended an introduction to Roleplay at Ancient Order of Centaurs (AoC). I’ve written about this place before, most recently covering a couple of their Fantasy Faire events." Read more on the blog. "Let’s be honest, there are very few people who aren’t fans of J.K. Rowlings Harry Potter Series. What if I told you there was a Roleplaying experience where you could play the role of a Hogwarts student? I’ll be honest, I’ve been trying to get into this Roleplaying sim for years. I’ve always loved and have been immersed with the Harry Potter book series and the movies. I found myself reading and watching Harry Potter often as a kid loving a world that is filled with magic and experiences relevant to each individual." Read more on the blog.

"We've just launched new role play in Bayside City GTA and Second Life so come hang out for some role play things.  As always, you're welcomed to join in world!"

"What's up SL family! Watch me live gameplay and get a glimpse into my second life!" Click to watch the video on YouTube. "He left me for dead in the back alley of London’s most desolate area. His attack was brutal, ruthless. His hands steady; his blade true. He left me nothing that resembled the fairer sex. His hatred for women knew no boundaries. And when he was finished, he wiped his hands clean as he stared down upon me with bland indifference – a frog dissected." Read more on the blog. "Nomad seems to have lost the helicopter when he made his way into the sewer system that was below a nearby overpass. It’s time to go, a lead has led him to another city anyway. It’s been a little over a year since he’s seen her, since they took her, since they got away with it. “I’ve got to follow the clues, expose them,” he mumbles." Read more on the blog. "Meet Narcissus Zion LeBeau, she is a teenager that attends Hogwarts. Her house is Slytherin. She is a transfer student from America that went to Beauxbatons Academy of Magic now she attends Hogwarts. FYI I am not even sure if they can transfer schools. Harry Potter fans that are really into the universe please do not come hard for me I am out of my element with this scene. I did use to roleplay at Mischief Manage when it first opened up, but I stopped roleplay long after that. So this is technically my last roleplay character. So I am revising her." Read more on the blog. "Ancient European empires have always been a personal favorite of mine, and I often find myself in Persian, Roman and Greek-themed role-play regions. I am continually amazed at how much detail and effort builders put into their role-play regions, and if you are history buff, Second Life® may be the right place for you. The public is welcome to visit and experience what is like to live as a Roman soldier, a Greek goddess or the merchant selling produce in the town’s market." Read more on the blog.

"What's up SL family! it's been a long time coming but we are finally back with Season 2 LWY. As you all already know, this is a passion project for me. I worked  hours and days on end trying to make this visual come to life for you all. My ultimate goal is to keep showing just how realistic roleplay can be in second life if you just use your imagination." Click over to YouTube for more.

"Ever since I saw Alexandria, the thought of a role-playing episode there has stayed with me. Now we did it and had fun there as Cleopatra and Marc Anthony." Read more on the blog.

"This entire @secondlife virtual pregnancy thing has been wayyy more than I ever expected and being able to use the @avlovemomma body really helped me add that realism into the experience. Never in my wildest fantasies would I have imagined that I would subconsciously begin to develop pregnancy symptoms as I made my character live out this journey for the last few months." Read more and watch the video on YouTube. "A fire burns in the middle of the longhall and pots of porridge and stew are cooking above it. Taking advantage of both the warmth and the illumination from the fire, a young woman works at binding baskets from thin reeds." Read more on the blog.

"There’s a new fitness game in the Really Needy HUD system (a proud sponsoring media partner to New World Notes) and it brings a fun new way of exploring and socializing in Second Life -- basically, you earn points by doing physical activities through the virtual world." Read more on the blog.

"What's up SL family! I'm back with another pregnancy journey vlog as I prepare for my baby shower this upcoming weekend. I wanted to find more ways to make my pregnancy experience feel more realistic and true to me so I thought it would best to find some cool ways to incorporate some roleplay into this special day to make it even more memorable! I'm excited!" Click to watch the video on YouTube.


"Hi Snowflakes, welcome back to another video! Today, I want to show you all my Second Life Vacation to Mexico. It was a great time." Click to watch video on YouTube. "I grew up around scientists. My father was an engineer who designed and implemented complex instrumentation for scientific research at a Carnegie R1 university. He was also an amateur astronomer. As an only child, I spent much of my time with scientists, allowed to “follow around” on field work and freezing in domes open to the cold night sky. My becoming some sort of scientist was a forgone conclusion if not somehow pre-ordained." Read more on the blog. "The door slides open. Ivo’s arm draped around her neck, barely able to stand, bleeding out of the fresh wound. Arianna holding onto Ivo’s hand, dragging her wounded lover through the door." Read more on the blog. "Cyberpunk fiction gained momentum in the early 1980s—William Gibson's influential debut novel Neuromancer, Bruce Sterling, Rudy Rucker, K.W. Jeter  and Katsuhiro Otomo's manga series Akira are some of the authors and novels most associated with the movement, who solidified cyberpunk as a subgenre. In addition, early films such as Blade Runner and The Matrix Trilogy further popularized this genre, reflecting a new perspective of a technology-induced realm of bizarre, hard-edged and high-tech subculture of hackers and rebels; thus the origin of the movement’s name – high tech (cyber) with counter-culture (punk)." Read more on the blog. "Rejected by his former city government for doing his job too well. Ivo, the great Night City Detective that rustled too many corporate feathers, upset too many apple carts, discovers a new city with tall buildings, bright lights and with crime that needs to be stopped. Drune, a city built on pleasure and sin. Ivo finds a need to establish himself as functioning member of this society, one that he can help succeed while keeping the peace. First however, he feels the need to let his hair down." Read more on the blog.

"Ditched the rollerskates for a horse and chaps ! Life is never boring! Inspired by Ryan we put a plan together and this is what came out!" Click over to the blog for more details.

"What's up SL family! Well, we're three weeks (3 rl months) into my pregnancy and so much has already started to happen my body. I still can't believe this is MY body housing a baby! I'm still using the beta avlovemomma pregnancy body throughout this pregnancy journey and I can say that this body definitely has added to the experience. This video is going to be a little crazy after the 45 minute mark because I kept losing space to record- sorry guys! But anyways, enjoy this video of roleplay with light commentary as we go for my first maternity doctor's visit. I'm excited!" Click over to watch the video on YouTube. "Night City, 2077, in a time where corporate rule, power struggles and impotent government have been the norm for over forty years. The streets are filled with crime, drug lords, black market body modifications, cyberware and addictions to braindances. A town that Detective Ivo has been attempting to protect with a high degree of success. He was so successful at his craft that the corporate giant Arasaka had the government expel him from the city after a major event which found him running from his own fellow officers in the Night City subway." Read more on the blog.