Roleplay at New Frontiers, a SciFi community set in the year 2822 CC on the world of Onia!

Whether you are a roleplayer or just a casual explorer, New Frontiers invites everyone to join their community, create a character, engage in combat, or just wander around and explore a foreign and exciting world.

Via their Discord, community members keep in close contact and share ideas, lore, as well as resolve conflict the old-fashioned way, should armed combat fail to achieve the desired results: through diplomacy. The vast world of New Frontiers, with its myriad of different races and classes, is governed by clear rules and a comprehensive HUD system.

According to New Frontiers management:

"New Frontiers is a passion project. An attempt to deliver the science fiction roleplay experience we've always wanted to partake in. To give our players a place to tell their own stories. To signal boost and show off our amazing content creators. To provide the community of a giant bunch of nerds with material to argue the differences in faster than light technology until the early hours of the morning.

New Frontiers is not the work of any one person. Nor any single team. It is the blood, sweat and tears of dozens, if not hundreds of players, staff, artists, and photographers who all have come together to tell stories in a random, eclectic world where on one day you can be raiding some ancient tomb, the next you are going for a walk in the park."

Explore today and be fascinated by the level of work, detail, and community that has gone into creating this world! 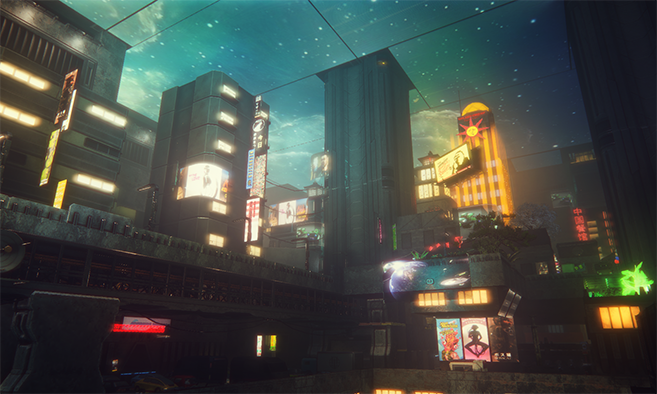 New Frontiers is a sci-fi roleplaying region set on the final frontier, a hostile planet in distant and unfamiliar space. Start a new life in the White Belt! Discover the mysteries of precursor civilisation out in the frontier, fight in a sprawling shadow war or enjoy your free time in a seedy undercity bar. Learn more at newfrontiers.co