Premier Wrestling is a pro wrestling federation in Second Life, where wrestling fans can be just as much a part of the crowd as the superstars themselves!

Premier Wrestling is shaping a new era of wrestling, by developing compelling characters and weaving them into dynamic storylines that combine physical and emotional sentiments. This is as real as it gets in the virtual world of Second Life!

"Second Life Wrestling is magic, the virtual action element is not supposed to happen but we are doing it. Our athletes are a mixture of veteran wrestlers and rookies both male and female all who want to see Premier Wrestling succeed every week by giving our fans a great experience.

Want to see someone lay the smackdown in your own backyard? Well you're in luck! Premier Wrestling travels around the grid to different locations. Going sim to sim with our wrestling crews is a favorite among our sponsors and partners. And we stream our shows on YouTube as well.”

Let's say you don’t want to be a fan and are tired of watching from the sidelines. Let's say you want to jump into the action today. Do you get paid? Is it hard to do? What does getting into the wrestling business look like?

Senior Executive Director at Premiere Wrestling, LG, explains how easy it is to go from fan to pro:

“Contact us in-world, on Discord or Twitter, fill out the application and someone will contact you almost immediately. We are always hiring. We are the only wrestling federation to this day that pays the staff for their hard work. You can even get a free home to live in. The benefits of being a professional Second Life wrestler in Premier Wrestling is unbelievable.”

Premier Wrestling has over 70 active staff members on the team from all over the world from Brazil, to Canada, to even Egypt. A diverse community of global wrestling fans, who embrace their cultural uniqueness as they only can in a virtual world without borders.

And what does Second Life mean to the folks who run this vibrant wrestling operation?
"Second Life is a gateway to a world with no restrictions. You're not held down by anyone and the opportunities of being a creator or being a performer are endless. Being a Second Life performer has given me a purpose to want to log in every day. I love performing for our fans who may not want to leave their home due to COVID concerns or those who have a SL family and need a different type of entertainment." says Vince Aftermath.

"A chance to be creative, Make the unbelievable happen and help people escape reality even if just for a brief moment. Second Life has no limitations." says LG.

Now’s your chance to get behind the ropes with Premier Wrestling's hard-hitting action! 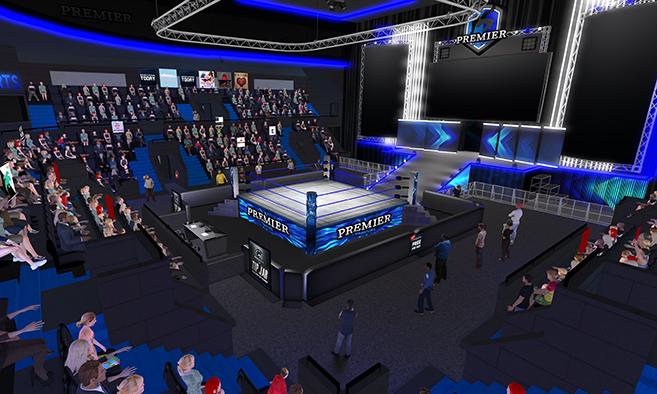