"If you are looking for things to do in Second Life, then there is no better place to visit than Asian Dreams - A taste of Bali and Japan..." Click to watch the video on YouTube. "The Mavericks MC have designed a great track, almost no lag, and a worthy track to ride anytime.  The portals they have installed are lovely, and this one takes you back in time." Read more on the blog. "The Overlook at Cha isn't so much a hotel of the kind that I normally visit, but more of a hotel themed experience. As a result, this isn't a normal review (it wouldn't be fair, as you are not comparing like with like), but a mini-article introducing the concept to you, and of course providing the SLURL for you to visit." Read more on the blog. "This time, the tour has a little twist! Everything evolves around the topic of "vintage": historic vehicles, historic places, historic backgrounds, and hopefully, you come in historic, vintage-inspired outfits to enjoy the full immersion." Read more on the blog.

"Opportunities for fun, adventure and gifts begin October 1.    You can grab a free passport hud (various versions are available) inworld at the Forever Tourist office." Read more on the blog.

"When Hera contacted me to say she had decided to bring these two build back to SL, I confess I moved them to the top of my list of places to visit because, as I recently stated when writing about Shangri-La, the build she opened earlier in August 2021 (see: Losing myself in Hera’s Shangri-La in Second Life), Hera a region creator whose imagination is in many ways unparalleled in Second Life. In fact, I’ll expand on that statement here: Hera is a genuine world builder, conjuring cities, islands, kingdoms and more from the depths of her imagination and casting them into Second Life where they might be discovered and inhabited by those who find them." Read more on the blog. "Being the height of Summer (apparently) you can expect some great parties this weekend in London City" Read more on the blog. "Just as I thought I’d soon run out of hotels and resorts to review, news has come out about three projects on the horizon, all of which I am looking forward to seeing, given who is behind  each one." Read more on the blog.

"Autumn is coming and in readiness a new Destination opens to the pubic on the 1 September, 2021. Deer River is  opening to the Image-Ination in world group on the 28th August and to the public on 1st September." Click to watch the video on YouTube. "Wednesday September 1st — and Episode 15 of our popular twice-monthly  original series about things to do and places to visit around the Second Life grid, “Where’ve You Been?”,  this time visits Art Korner SL. Art Korner SL focuses on art and photography showcased in-world across all different genres and forms" Read more on the blog. "While I’d rather not meet a nearly 40 foot long snake in real life, it’s a treat to interact with one in Second Life. The Science Circle has set aside an area that has been built to resemble a hot, swampy environment in what is now Colombia, South America. This environment was built by Dr. Linda Kelly (Delia Lake in SL). Living in this environment is a 3D animation of a Titanoboa. This marvelous animated object was created by Dr. Gregory Bollella (GmanB in SL). You can visit this environment and observe the snake capturing a huge crocodile and just generally scooting about in the swamp." Read more on the blog. "Shortly after I started this website, I began to see Facebook posts highlighting a new resort, Cairo Garden City. I was excited to be able to go to an Egyptian themed place,, and wondered what the blend of the ancient and modern would be." Read more on the blog. "Our builders have been busy rebuilding the London City Community Gateway, from the ground up. Based on real life Hyde Park, the largest green space in London, the new Gateway build offers a fun way to impart information to new residents, as well as engaging them in various activities to be found in the region." Read more on the blog. "I've now visited a Touch of Scotland four times, and each time I like it and discover more.  And as Christina has now added rentable couple's tents (at 50L), it's now somewhere I can review." Read more on the blog. 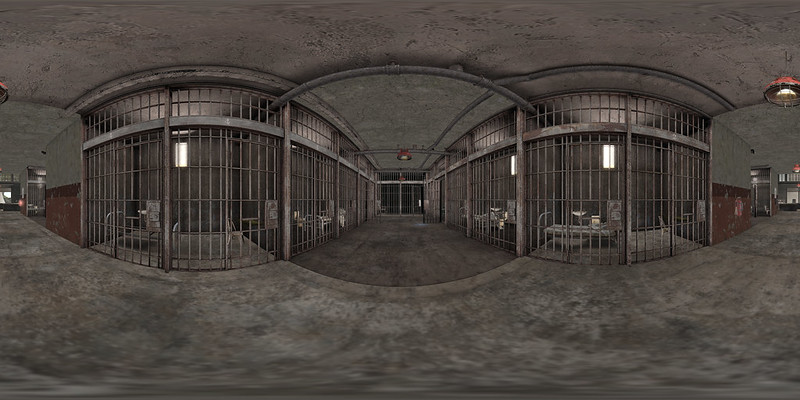 "A few nights ago I spent an evening exploring the latest awesome creation by Justice and Six Vought : The Rock. The Rock is inspired by Alcatraz, the rather famous offshore prison in the San Francisco Bay, and it is great for exploring! I’ve never visited the real life version, but to be honest I don’t think that’s necessary to enjoy this place in Second Life." Read more on the blog. "Hotel bars make for good date locations.  You’ve got great cocktails and drinks,  high end surroundings, a hint of luxury and decadence and excellent service." Read more on the blog.

"This is one of the most beautiful sims I have visited in a long time. It is not a huge sim but there’s still lots of photo opportunities. As well as beautiful scenary and wildlife to snap there’s props for you to pose with making it a great option for a photoshoot." Read more on the blog. "Ciampi is a countryside Italian village located within the western extent of Heterocera. Once inside, enjoy the peaceful scenery and romantic feel of the village." Read more on the blog.

"Back to a calm ride with some great music on SecondLife's Jeogeot Mainland Continent! Let's go!" Click to watch the video on YouTube. "A long overdue posting, as I have recently become one of the newest Bureaucrats at the BBB, but finally got a moment to take in one of the newer destinations for your BBB stamp collecting, Port Friendship in the region of Thallo on the continent of Satori.  Call it Boho!  Call it Hindu!  Call it ... well .. you can call Port Friendship a lot of things, but BORING??!  Hardly.  Check this place OUT!!!!" Read more on the blog. "As a new underwater tunnel connecting a group of windmills to a balloon rezzer is about to be released in Bellisseria, I took the opportunity to revisit some gems spread around the continent that revolutionized the project of Linden Homes. Actually, this is one of the features that transformed Belli into a special place on Second Life’s map: it’s full of hidden — or not so hidden — treats for those who go exploring it." Read more on the blog. "Well, I’m back with another review! You can check out my previous one here. Still in love with having a Second Life vacation, I was elated when the one and only SL Hotel Inspector jumped in my DM and invited me to collab!" Read more on the blog. "Just a couple of shots, taken at the Soul2Soul locations. They really give you a relaxing moment in what can be a very hasty life in-world..." More on the blog. "Because of the lack of really good hotels on open sims (e.g. where you can just go and visit, without pre-booking on a website), I was excited to learn about the opening of the Victoria Hotel. So much so that my friend KT Syakumi and myself let ourselves in to have a look around and enjoy the pool before it was officially open." Read more on the blog.

"Fall season in second life is the best. Pumpkin lattes, muffins, cakes and so many delicious treats. I love to visit Second life coffee shops for relaxing and studying. Some people might say it’s strange but I find that it’s very relaxing to have it in the background. During Covid, going to a coffee shop is risky business. So I can visit a second life coffee shop in the Safety of my own home." Read more on the blog.